Well, you could have knocked me down with a feather! There was me desperate for some comments and I got! Well...only one, but one is better than none! Thank you darling Haidee-Jo Summers, artiste extraordinaire, and suddenly winner of just about every prize going around lately. And if you don't believe me just look her up, she is a wonderful painter, and one of my faves. So thank you for that.

Well, now onto my debut into the acting world. Last night, it happened, yes, me and my thirty seconds of fame as I tripped - lights glaring - across the stage (to a half-filled audience) wearing a frothy black net skirt, crazy stockings and a black and white maid's outfit. And I loved it! I might even go back for more. I might even stop writing and take it up permanently! Three more shows to go! Hey-ho!
Posted by Janey Edkins at 1:17 PM No comments:

Sometimes I feel like I'm marooned on the top of an iceberg. I got loads and loads of people pass through (and hopefully read) my blog, BUT NOBODY BOTHERS TO COMMENT! Even a critique would be welcome. Come on everyone say hello! I'm so lonely I could cry :((

In my next blog I'll let you know about my thespian adventure; I'm afraid in this case I think I should really forget being the next Helen Mirren because it's bloody difficult. I have about two lines to remember and I can't even do that. So hats off to actors - they are in a class of their own.

After being coerced into watching Gogglebox I realised that I (and Peter) should be enlisted as "Mr & Mrs Grumpy Old Couple". Surely, all of us must have done something bad in a previous life to have to put up with the formulaic rubbish thrust down our throats at the moment. And I know what you're thinking: well bloody well don't watch it then; but the problem is, as repugnant as it is, like slowing down at the scene of a grisly accident, you find you've just got to watch it! And it seems after watching Gogglebox, the general consensus across Britain is the same. Take Cheryl(Fernandez@#*@$...or whatever the hell her new name is) sending the only girl packing in in favour of someone who sounded as though she'd just d overdosed on a helium-filled balloon. We all know it's fake; clearly Simon, dollar signs whirring like Catherine Wheels inside his eye sockets, instructed Cheryl to ditch her just for the hype. She was phenomenal. And did you see any nerves? I didn't.

I've had enough and have made a very constructive decision to never watch it and all the rest of the reality show drivel ever again. Instead, Brucey or no Brucey, shall stick to mi' Daz.

Anyway, rant over, miracle of miracles I am making some headway with my new book, and thought I'd put a taster on for anyone who's interested, but don't expect miracles,it's only a draft.

Funny, the stuff that floats into your head when it’s not supposed to. Like now for instance: here I am about to have a sneaky little snog in the storeroom with someone I shouldn't be, and all I can think (having consumed a whole garlic and coriander nan to myself last night) is that my breath must stink like the inside of one of those human cattle trucks in Mumbai. When actually, what I ought to be thinking is: I am wife, I am mother, I am teacher of the English language, and this (which I know, with the mere flick of a wrist or wriggle of the arse, dear God, I could stop!)is nothing short of vocational suicide.

Let me freeze-frame for a minute while I explain.

I know, I know. But believe me, the man bears not the slightest resemblance to what the name implies. A mere unfortunate dint of birth. These things can happen. I knew a woman once called Annette Curtain.
Anyway, back to the plot. It all kicked off, this crazy situation, when Mr Hartburn, that’s our headmaster, or rather was, since he collapsed (in bizarre manner of Tommy Cooper)in front of an assembly full of shuffling, surreptitiously-tweeting, pimply-faced students.

Anyway, given the grisly circumstances, and with as little disruption as possible, a replacement had to be found. And to give credit where it’s due, even before the knee-deep swathe of flowers and bobbing metallic balloons and teddies portraying headmaster flat caps and half-moon wired spectacles, had been cleared and carted off in a giant skip, rumour was rife that the powers that be had dispatched a replacement, albeit temporary.

So there we all were, no one at the helm thus languishing in atmospheric slackness (copious mugs of tea, biscuit tin doing the rounds, feet on coffee table, etc) debating the usual mind-numbing stuff, i.e.pension cuts, uni fees, the ever increasing size of Carol Vordeman’s arse vs Ann Widdecombe’s pitiable demise on Strictly) when school secretary, Wendy Grenfell, mind-numbingly irritating at the best of times, stopped in mid-rant, dragged lash-less lids away from the embroiled conversation, and proceeded to soil her underpants.
It was in a sense like the second coming; in he drifted, a testosterone-infused vision of lean, loose-limbed self-confidence: tousled black hair with a delightful lick of grey at the fore, ten-clock shadow, dazzling white teeth to match an equally dazzling white shirt worn trendily out and over sack-arse jeans (as opposed to bri-nylon tucked into poly-poplin). Not for a second that I’m a huge fan of sack-arse, since it reminds me of the rear end of a matriarchal elephant at the end of her productive years. But on him oh God, to coin an American-and-never-to-be-repeated phrase hubba hubba hubba. in other words I FANCY THE F ****** arse off him.
Of course I’m putting tremendous effort into fighting the urge: talking really, really loudly, mimicking Kat off Eastenders, pretending I read Katey Price and Louis Walsh biographies, and even, God forbid giving the impression that I’m affiliated to that political party that are fond of bulldogs, tattoos and the Union Jack. But nothing seems to be working; in fact if anything, it all seems to be having the opposite effect because every time he sees me he keeps giving me “the look"; you know the one, that on anyone else would give the impression of an inebriated, double-chinned gom, but on him… Christ alive...


Hope you enjoyed. Please, please leave a comment if you have any constructive criticism.
Posted by Janey Edkins at 11:01 AM No comments: 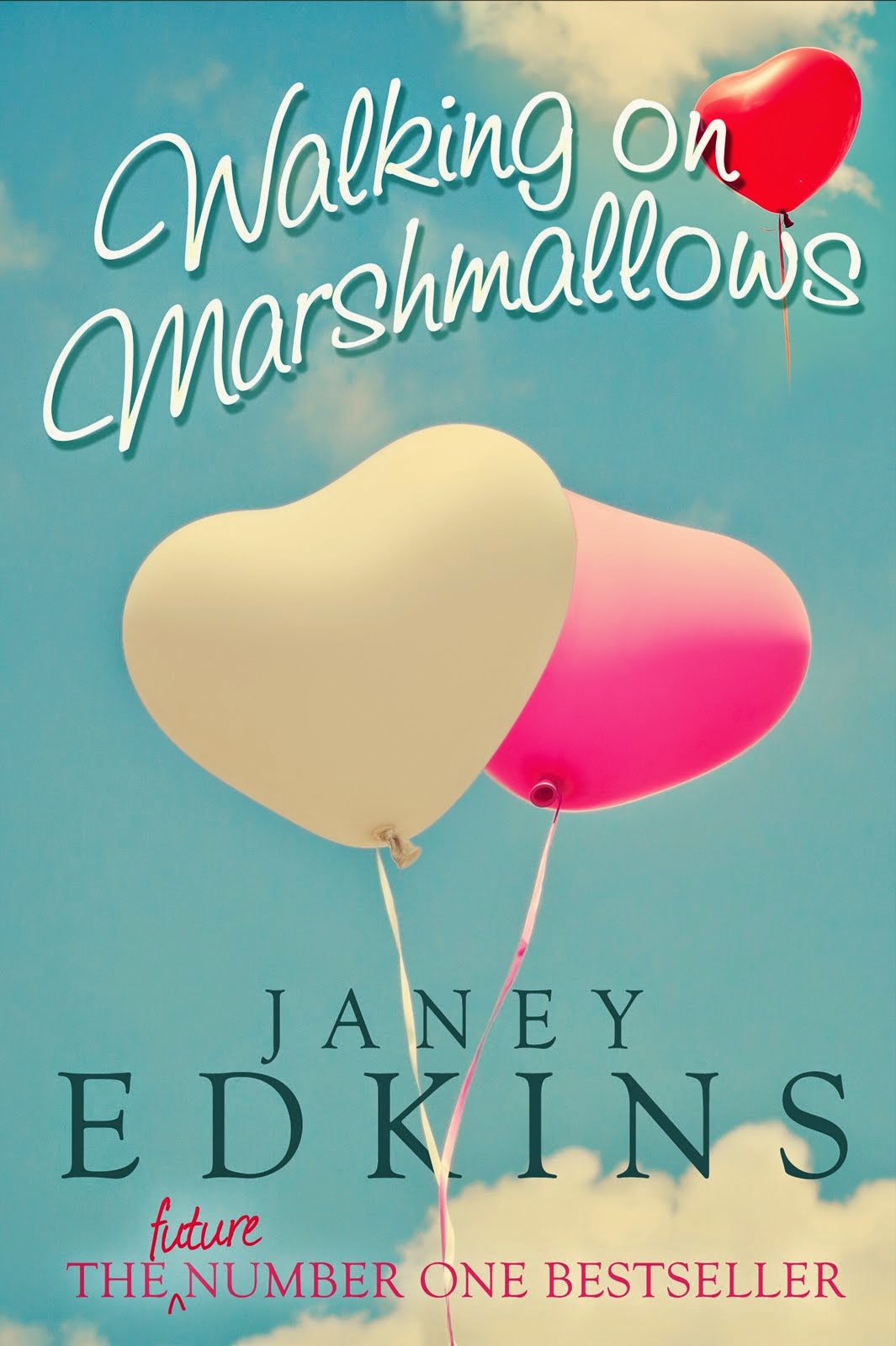 Click on image above to go to Amazon and buy!

Author with a passion for Lindt chocolate and milky coffee...